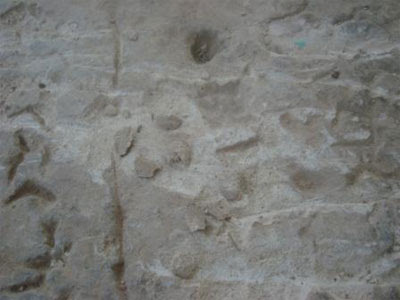 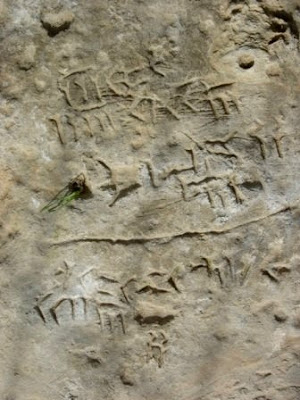 You can use any part of site's content as long as it is referenced to this site.No need for permission to use the site as a link.
Copyright © 2008-2005
All rights reserved.


Below please find the announcement for the Latifeh Yarshater Award, which this year will be conferred at the ISIS conference in Toronto . Please send suggested titles for consideration of the award committee by 30 June 2008. Queries should be addressed to Mahnaz Afkhami at:
http://au.mc511.mail.yahoo.com/mc/composeto=mafkhami@learningpartnership.org.


The Latifeh Yarshater Award was instituted by the Persian Heritage Foundation to honor the memory of Latifeh Yarshater and her lifelong dedication to the improvement of Iranian women's human rights. The purpose of the award is to encourage scholarship in Iranian Studies focused on the condition of women in Persian speaking societies and to promote women's rights in these societies. The award, in the amount of $3,000, is biannual, granted to a work of superior scholarship published within two years prior to the award that satisfies the following criteria of eligibility:
Cover one of the areas of women's studies related to Persian speaking societies and make a direct or indirect contribution to the improvement of the status of women in those societies.
Be innovative in subject matter and approach and expand the parameters of the field.


Works in English are the primary focus of the award. Persian, French, and German works are considered only exceptionally when there is unanimous agreement on their high merit.


Past recipients of the award have been:
2000
Mehr angiz Kar, Violence Against Women in Iran (First Prize)
2002
Goli Taraghi, Elsewhere (First Prize)
Reza Afshari, Human Rights in Iran : The Abuse of Cultural Relativism (Honorable Mention)
Pouran Farrokhzad, Encyclopedia of Women Creators of Culture in Iran and in the World (Honorable Mention)
2004
Azar Nafisi: Reading Lolita in Tehran and Parvin Ardalan and Noushin Ahmadi, Senator: A biography of Senator Mehr angiz Manouchehrian (First Prize)
2006
Janet Afary and Kevin B. Anderson, Foucault and the Iranian Revolution, University of Chicago Press, 2005, and Roya Hakakian, Journey from the Land of No , Random House, 2004.


We must all remember that over the passage of time the heavy doors we thought would never open have been unlocked and cracked wide. With each new achievement the door opens wider and wider. Each of you has the ability to walk through this opened door and each of us has the ability to make the world one “universal” family. 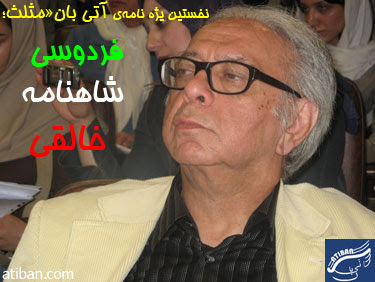 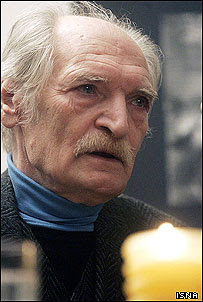 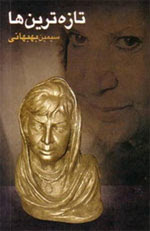 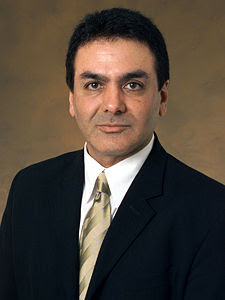 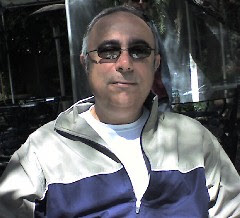 
A poem by Sayf-e Farghani , written in the 13th century A.D., during the Mongolian invasion that swept through much of present day Iran. Translated from the Persian by Ali Zarrin.


Not only will death pass through your world,
But your splendor too shall pass.


The owl of misfortune bringing ruin
Will perch on your palace too.


The autumn wind of adversity
Will wither your gardens and orchards.


The gasp of death choking both rich and poor
Will rattle in your throat too.


Oh you who wield blades like javelins to oppress!
The sharpness of your spears too shall dull.


Neither the great men of yore, nor their justice lasted.
Thus so, the injustice of your cruel acts will pass.


Our lions roared but are now extinct.
The barking of your dogs will surely cease.


Dust settles after horse and rider gallop by.
The dust of your jackasses too shall pass.


The wind of time that snuffs out all candles
Will likewise extinguish your lanterns.


So many caravans have passed through this caravanserai
Inevitably, your caravan too shall pass.


You boast of your good fortune and bright star.
The influence of your constellation too shall pass.


Your turn came to you by way of noble men.
The time of your dishonorable rule will pass.


Their time lasted but a couple of days.
A few more days and your time too shall pass.


With patience we shield ourselves from your arrows of tyranny
Until the tautness of your bow shall fail.


Oh you, who leaves the sheep in the care of a wolf
Your wolfish shepherd too shall pass. 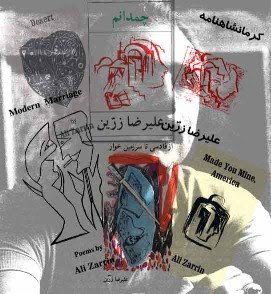 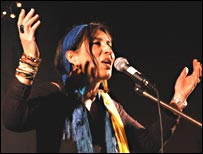 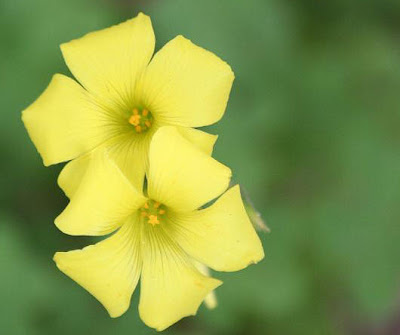 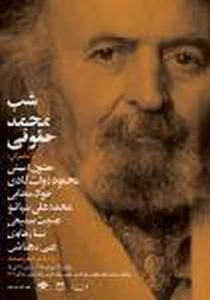 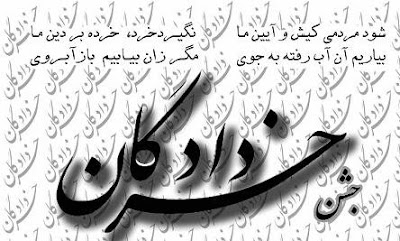 
You can use any part of site's content as long as it is referenced to this site.No need for permission to use the site as a link.
Copyright © 2008-2005
All rights reserved.


[ISIS]
The Shahnamah Millennium Symphonic Concert Roy Thompson Hall, 12 King Street West, Toronto, ON M5H 1K5 Toronto, Canada Saturday, 2 August 2008
Wednesday, 14 May, 2008 10:58 AM
From:
"Mohamad Tavakoli-Targhi"
Dear Colleague,
You and your circle of friends are invited to the Shahnamah MillenniumConcert at Roy Thompson Hall in Toronto on 2 August 2008<http://www.roythomson.com/eventInfo.cfm?E=2165><http://iranian-studies.com/events/orchestral.html>To commemorate the millennium of the Shahnamah, a masterpiece of classicalPersian poetry and cosmopolitanism completed in 1010 A.D., the TorontoInitiative for Iranian Studies and the International Society for IranianStudies are staging a unique multimedia and musical performance. Thisinnovative event brings onto the same stage Morshed Valiollah Torabi,Maestro JoAnn Falletta, and members of the Toronto Symphony Orchestra (TSO)for the performance of Behzad Ranjbaran¹s Shahnamah-inspired PersianTrilogy. Morshid Torabi¹s recitation of the Shahnamah, which is often performed intraditional settings in coffeehouses, will be placed in the intervals of thethree organically-related symphonic segments of the Persian Trilogy. Byfusing Morshid Torabi¹s recitation of the Shahnamah with a TSO orchestralperformance conducted by Maestro JoAnn Falletta, this event will bring intofull harmony aspects of the Persian performing arts that have never beforeshared the same stage. With affinities to traditional pardah-khani (scenenarrating), the visual impact of this symphonic performance of thismasterpiece of Persian classical literature will be further enhanced by theprojection of miniatures depicting the dramatic scenes involving the SevenPassages of Rostam, Simorgh and the Education of Zal, and the Blood ofSiyavash. This combination of naqali, pardeh-khani, and orchestral performance isunprecedented and unique. The innovative fusion of textual, musical andartistic elements is expected to set a new paradigm for the performance ofand reception of the Shahnamah.The Shahnamah Millennium Symphonic Concert is scheduled for Saturday, 2August 2008, in Roy Thompson Hall, the home of the Toronto SymphonyOrchestra and the Toronto Mendelssohn Choir. Concurring with the SeventhBiennial Conference of the International Society for Iranian Studies (ISIS),Ariana Barkeshli is Artistic Director of the 2008 Biennial and this uniquemusical event. To book a concert ticket, please visit <http://www.roythomson.com/eventInfo.cfm?E=2165&YearMonth=2008,8>Held at the Park Hyatt Toronto from July 31st to August 3rd 2008, theBiennial Conference on Iranian Studies will bring to Toronto approximately250 scholars from various parts of the world for the presentation of theircurrent research on Iran. This is the largest international gathering ofscholars who study, teach and write on Iran. To register for the SeventhBiennial Conference on Iranian Studies please visit the conference websiteat <http://iranian-studies.com/>.Best Regards,Mohamad Tavakoli-TarghiProgram Chair, Seventh Biennial Conference on Iranian Studies<http://iranian-studies.com/>International Society for Iranian Studies<http://www.humanities.uci.edu/iranian-studies/conf/>Park Hyatt Toronto, July 31-August 3, 2008 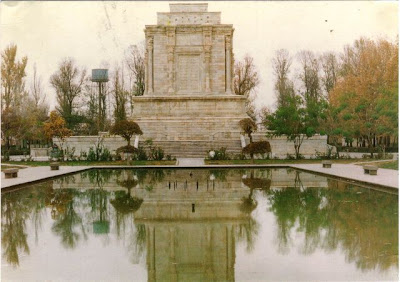 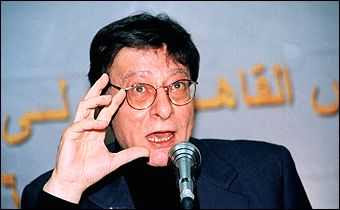 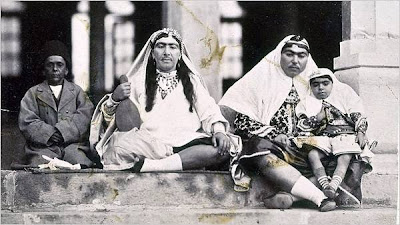 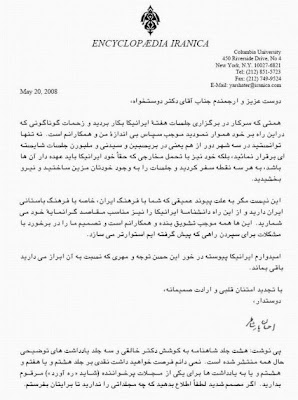 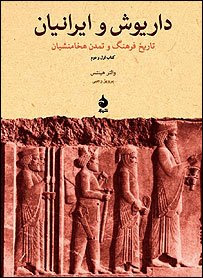 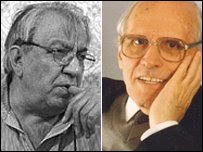